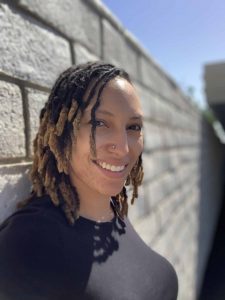 I’ve been a perfectionist for about all long as I can remember. It started out as an adorable compliment you’d give to the determined 4th grader who pored over her homework before she could go outside to play. Then, it turned into, “Angie, relax. You’re doing too much right now.” In my adolescence, I was the Teacher’s Pet. I was involved in too many clubs and organizations you could name, and I was a mediocre athlete.

But, writing has always been my passion. It happened to be so good that my writing became the example for my classmates. “Go to Angela for help,” was what the teachers would say. And thus, my amateur career as a writer turned into an amateur career as a teacher.

After graduating valedictorian from my high school in a small suburb outside of Atlanta, GA, I went on to study English at Georgia State University, with a concentration In Creative Writing, because I was good at it, and I liked it. However, one of my professors scared me out of pursuing a career solely in writing because when he published his first book, he was only able to buy a new TV with the profits. Thanks, man.

And then came my teaching job. I graduated college, got hired with one of the most prestigious teaching organizations in the nation, and headed to the Las Vegas valley to teach English to underprivileged youth.

Teaching was great. It had its ups and downs. But, I unfortunately found myself doing more work outside of work that I no longer found time to write creatively. And, I wasn’t spending enough time with my family.

Then came Post Launch, a humble web presence marketing startup. A job for which I’d get paid to write. Finally! I jumped on board for the opportunity to learn about one of the fastest-growing fields in this technology-driven age, all while being able to write on a plethora of topics.

Apart from being a perfectionist writer who is sometimes too scared to put in work to write the beautiful novel that’s in my head, I am also a wife, a mom, an obsessive organizer, a Buzzfeed addict, and a Ravenclaw. I pride myself in my Type A personality, but I also wish that I worried less.

As for my future? I only hope that I can stay motivated by my favorite quote from Frederick Douglass: “If there is no struggle, there is no progress.”

Three words that would describe you as a child?

Because the Internet – Childish Gambino

If you were to host a dinner party, which 12 fictional characters would you invite to dine with you?

Christopher Turk (from Scrubs), Troy Barnes and Abed Nadir (from Community), Steve Urkel, Carlton Banks, Ted Mosby and Barney Stinson (from How I Met Your Mother), April and Andy Dwyer (from Parks & Rec), Hermione Granger, and Fred and George Weasley