Memes throughout History: Where Did It Begin?

Home » Memes throughout History: Where Did It Begin?

What’s your favorite Internet meme? Perhaps it’s Grumpy Cat or the ever-popular Rick Roll. Maybe you’re a connoisseur of the Dos Equis Man meme or Success Kid. But where the heck did these memes come from, and why aren’t why going away? Before we get into the history of Internet memes, here’s a little disclaimer: Post Launch willingly and frantically sought to fill this this blog with our favorite memes—none of which have anything to do with the content itself other than the fact that we’re talking about memes today. 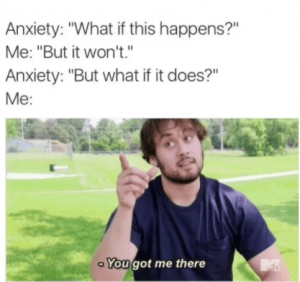 It’s incredibly difficult to describe what a meme is. So, I reached out to the Creative Division to make “sense” of them:

Anne E.: Memes are Millennials’ way of hiding true and terrifying insecurities about how little they control in their lives.

Diana: Instead of giving me a definition of “meme,” Diana sent me…a meme:

Michelle: Small videos of joy that enter my emails or text messages when I least expect it. Especially when I thought my story was on point. 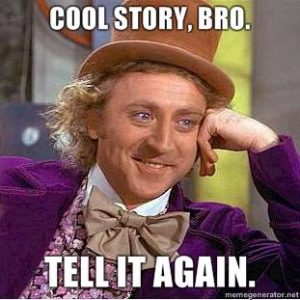 Andres: Meme: (noun) Once a month, there is a new cultural phenomenon plaguing the Internet.

Kasey: My grandson loves mee mees. Here are some of them. I don’t get it. 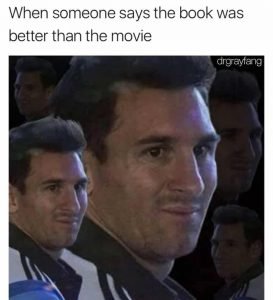 Okay, now it’s time for some more technical terms. Memes are an idea or joke expressed through content on the Internet. Memes can be a photo, video, person, fictional character, song, event, gif, Tweet—the possibilities are endless. It’s simply a memorable piece of content that gets spread widely across the Interwebs because of its relatability and humor. 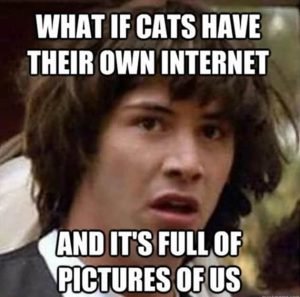 The History of the Meme

The history of the meme started in 1976—yes, we’re going way back. Biologist, Richard Dawkins published a book titled, The Selfish Gene. In this book, he claimed that ideas were like organisms, able to spread and mutate. Of course, he made sure to notate that some ideas are more successful at spreading (now, we’d call it becoming “viral”) than others.

Dawkins named this concept “mimeme,” which is from the Greek word meaning “that which is replicated.” He later abbreviated it to meme, because it sounds similar to genes, which can be replicated and spread.

As the Internet advanced and became more accessible to people, memes continued to grow. Now, Dawkins’ concept turned into the hilarity that we know as Internet culture. It’s hard to pinpoint the very first Internet meme, but one of the earliest was the 3D Dancing Baby. 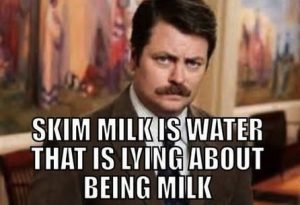 Creating and sharing memes on social media heavily influences Internet culture. We want to laugh. We want to feel included in an Internet-wide inside joke. This means users don’t want annoying promotions or company-made content to interrupt a good time.

That’s why marketers should get in on the fun and share meme-themed content to their social media profiles. This is particularly important if your audience is Millennials—the people who made the meme what it is today.

Creating memes from scratch requires creativity, and for you to know and understand your audience. If you want to incorporate memes into your content marketing, start by hiring nerds and weirdos. No, seriously.

At Post Launch, we love memes, (as you can see from this blog post). And memes are only funny when they’re genuine, coming from someone who is also involved in the strange world of Internet culture. Grow your content marketing team with people who understand the language.

Be funny and have fun. When you take yourself too seriously, you lose the intent of the meme. Be prepared to seem a tad foolish, and understand that it’s all in good fun.

Encourage engagement. Use hashtags, so your content will reach more people. Be timely. Pay attention to trends, seasons, popular events, and design your memes based on those.

When NOT to use memes

In marketing, you can use memes for grabbing your audience’s attention. However, there’s a time and a place for memes. Use them sparingly. Picking the right place for a meme starts with understanding your audience and your brand.

If you feel your audience wouldn’t appreciate or understand a certain meme, don’t use it. If you’re writing content about something serious (like say cancer prevention), memes may not be the best option, as it could come off as insincere. 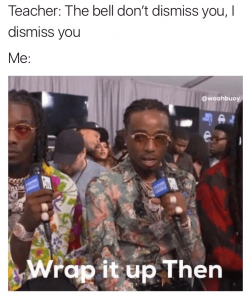 Have Fun with Your Social Media Marketing