Last year Twitter introduced Moments to the world, and they didn’t stop there.

Twitter has developed exponentially since the days before Twitter Moments, Twitter polls and official hashtags with little emoji’s next to them. From relaxed character counts restrictions to the new Twitter Dashboard, Twitter is no longer as antiquated as it once was. But as the second most popular social media platform around, was it ever really that antiquated?

Twitter’s Moments offered a new way to view popular content without having to scroll through angry #NeverHillary or #TrumpSaidWhat tweets again, changing the game (ever so slightly) for Twitter social media marketing campaigns. Other Twitter changes made during 2015 also offered new opportunities for social media marketing on Twitter. Incidentally, the impact of these changes faded, and Twitter marketing campaigns stayed the same.

The beautiful thing about Twitter’s updates in 2016 is the subtle nature they applied the changes yet the huge impact these changes have had on social media marketing strategy. We bet even you don’t know all the new Twitter updates that have happened in the last month alone. Let’s dive in:

Twitter Updates 2016 and How it Impacts Your Web Marketing

If you do anything with your business’s Twitter marketing strategies after reading this blog, this should be it. Twitter Dashboard will help you monitor and listen to other tweeters talking about your industry. It will give you access to more in-depth analytics to track your account and tweet growth. But most of all, it will give you the chance to schedule tweets through Twitter just like Facebook. This tool was made for business marketing.

This is Twitter’s most talked about recent update – and for good reason. Twitter’s famous 140 character count limit often limited a user to choose between adding a website link or an image—up until now.

Social media marketing on Twitter just got a whole lot easier now that you can add images and videos without worrying about going over character count. Considering the fact that posts with images tend to get at least twice as much engagement than other posts, this update is a welcomed change in the social media marketing world.

Twitter used to limit big-headedness by not allowing people to retweet their own tweets. But the rules have changed once again. Now, you can quote your own tweet to continue a train of thought and give yourself 280 character instead of the restrictive 140 characters. Users can now see your longer post without having to search through your profile. It’s only a matter of time before character counts are expanded once more.

Twitter has a reputation for being strangely stingy with their verified accounts. Only famous and brands or DJs in the music industry seemed to get their accounts verified. 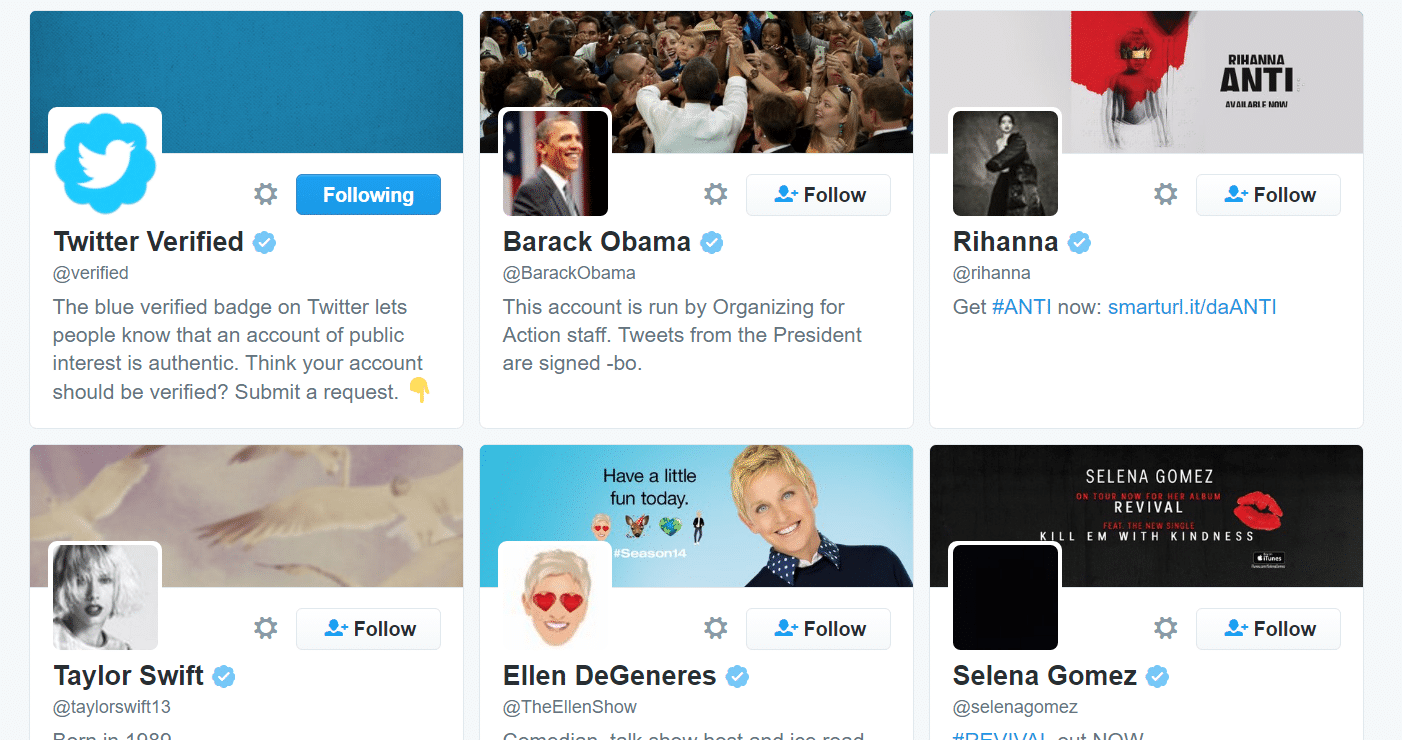 But alas, all that has changed for the better, probably because users were asking to get their profiles verified all the time. You can now request to verify your profile through a simple form found here. The only catch: Twitter approves accounts of public interest, such as the following industries: music, government, media, sports, etc.

Twitter doesn’t like to discriminate. Which is why they now include the option to add descriptions to your images so they are accessible by the visually impaired. All you have to do is change your “Accessibility” in Twitter’s settings, compose a tweet with an image, and add the description to the bottom of the image. Will this benefit your SEO like adding a description to images on your website will? It definitely won’t hurt it!

This one may seem like a small, insignificant change. But just look at our new Twitter profile name. 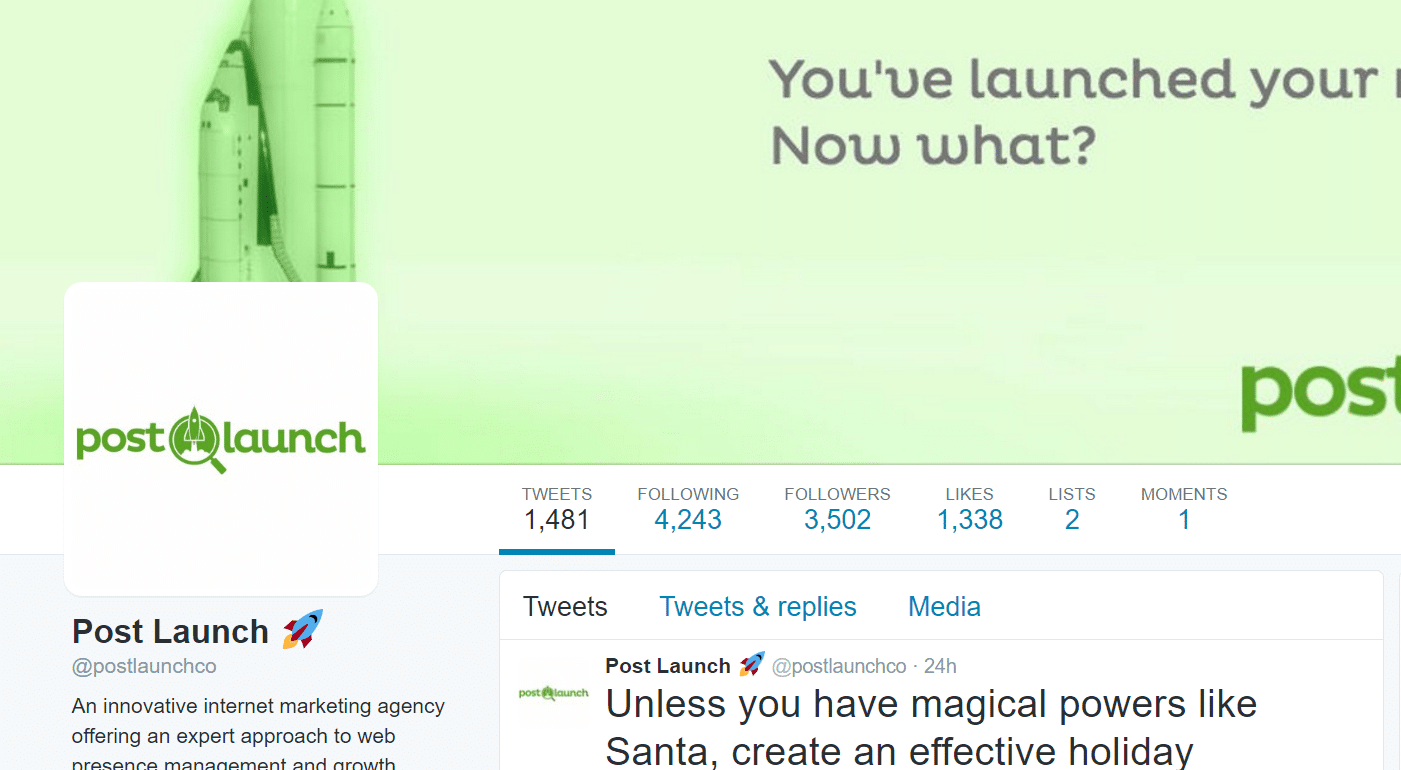 Imagine finding an emoji that perfectly sums up your business and being able to apply that emoji to your social media profile name. In a crowded social media world filled with excess noise and text, adding a visual aid to your profile will help it stand out in the crowd. Every little thing that you can do to help your profile rise above the rest, even adding an emoji, can make a huge impact on your Twitter marketing efforts.

So what’s next for Twitter? Well, it’s up for sale if you have a cool $30 billion lying around. Read more about Twitter’s sale price here.