Too early to think about a Halloween marketing campaign? Boooo. That’s not true at all. No matter your business, it is always important to pay attention to the trends and seasons that your customer base experiences. Now that summer is coming to an end, everyone is beginning to think about the holiday season. But there is one important holiday between now and Thanksgiving that your customer base is probably beginning to pay more attention to—Halloween. Over 157 million Americans celebrated Halloween in 2015, and that number will likely grow this year. So now is the time to get your Halloween marketing campaigns in motion.

The following are the best brand Halloween campaigns to happen in the last five years. Use these to inspire your own marketing campaign ideas for the spooky holiday.

Sometimes the best Halloween marketing campaigns can be some of the easiest to put together. All you need is a little creativity and inspiration from the holiday you are celebrating with your customers. Ford is a perfect example of how successful a Halloween marketing campaign can be created with just a few hired actors in costumes and a flip of the light switch, all done with minimal investment and big online payout. Since Ford released their Halloween prank video on YouTube in 2014, it’s earned over 1.8 million views.

Successful Halloween marketing campaigns don’t have to include the traditional ghosts, goblins, pumpkins and zombies. LG demonstrated the “life-likability” of their new monitors in 2012 by installing them on the floor of a public elevator and then recording real people’s reactions the feeling of the elevator floor falling away. The campaign name “So real it’s scary” ties together the promotion of their new screen with the Halloween season. Their video marketing was so successful, it generated over 25 million views and counting. See for yourself what happens when people think the elevator is falling beneath their feet.

Starbucks: The Vampire Frappuccino and #PumpkinHeads 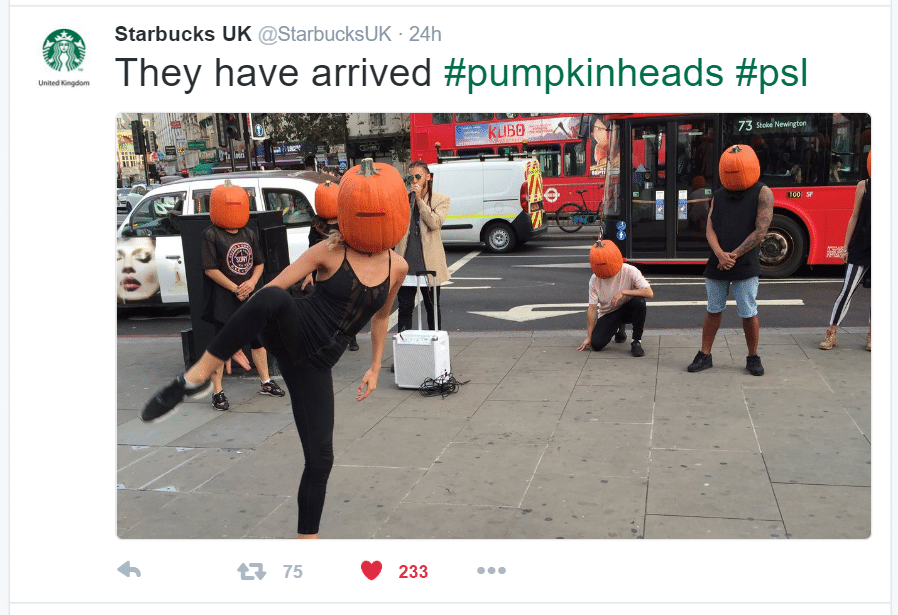 In another successful Halloween marketing effort, Starbucks introduced the world to the Franken Frappuccino marketing campaign in 2014. This too was so successful they decided to create another special Halloween drink for 2015—the Vampire Frappuccino. With their strong social media presence, all they needed was a few good images to entice people to stop by for the Vampire Frappuccino. What will they bring out this year? 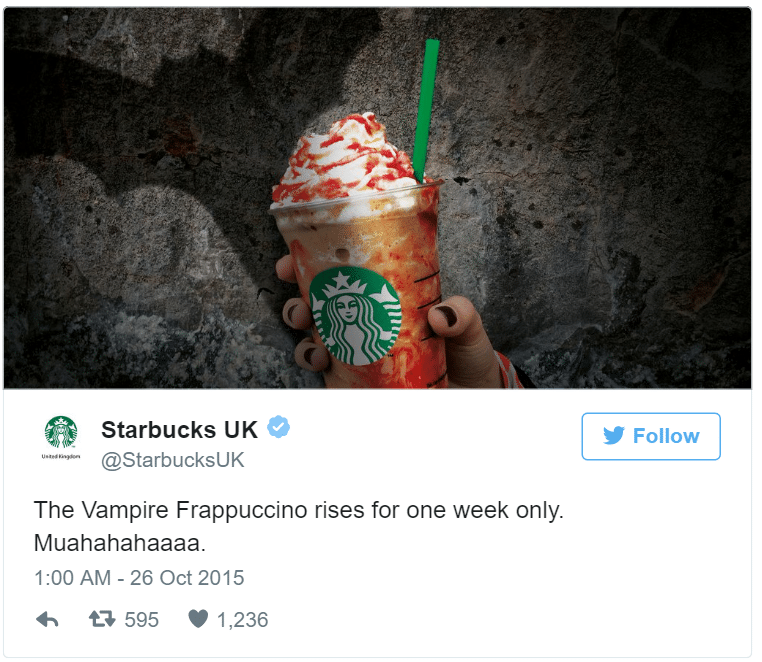 Chipotle: $3 burritos for dressing up in costume on Halloween

Chipotle has always been good at applying creative marketing strategies to their chain restaurants. Every Halloween they have a special Halloween discount selling burritos, tacos, salads and bowls for only $3 to every person who walks in wearing a costume from 5 p.m. to close. To promote this deal, Chipotle creates amusing videos that manage to get a lot of attention. The total combined views from their 2014 and 2015 Halloween promotion videos is over 800,000.

Target: “The House on Hallow Hill” and “Halloween Hills”

Target is well known for celebrating Halloween. From their stores to their social media, Target always gets in the Halloween spirit. Just last year they created “The House on Hallow Hill” video series that includes videos of haunted rooms with 360-degree views. The introduction video alone brought in over 750,000 views on YouTube, with even more views on the rest of the video series.

But Target doesn’t just create videos for their Halloween advertising campaigns. In 2014, they brought their marketing creativity to social media with a DIY digital content campaign on Instagram, known as “Halloween Hills.” They called it “a trick-or-treating adventure for grownups” and launched a 10-day interactive game that linked users to DIY craft and recipe instructions. They put together 30 different projects with 300 pieces of content in this one campaign and, although it was probably time-consuming to create all that content, the brand generated 111,000 social actions and over 28 million mentions on social media. Talk about creating a brief but effective movement. 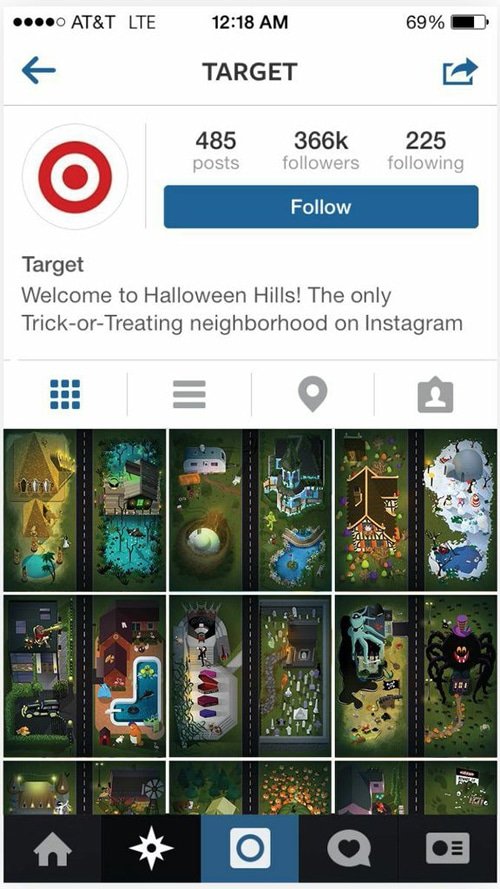