Back to the Future: Marketing Through the Decades

Home » Back to the Future: Marketing Through the Decades

Since its cinematic debut in 1985, the Back to the Future franchise and its cast of characters have been a pop-culture icon. The time-traveling adventures of teen Marty McFly (Michael J. Fox) and eccentric inventor “Doc” Emmet Brown (Christopher Lloyd) have spawned out a series of sequels, catch phrases, toys, video games and even a LEGO set. 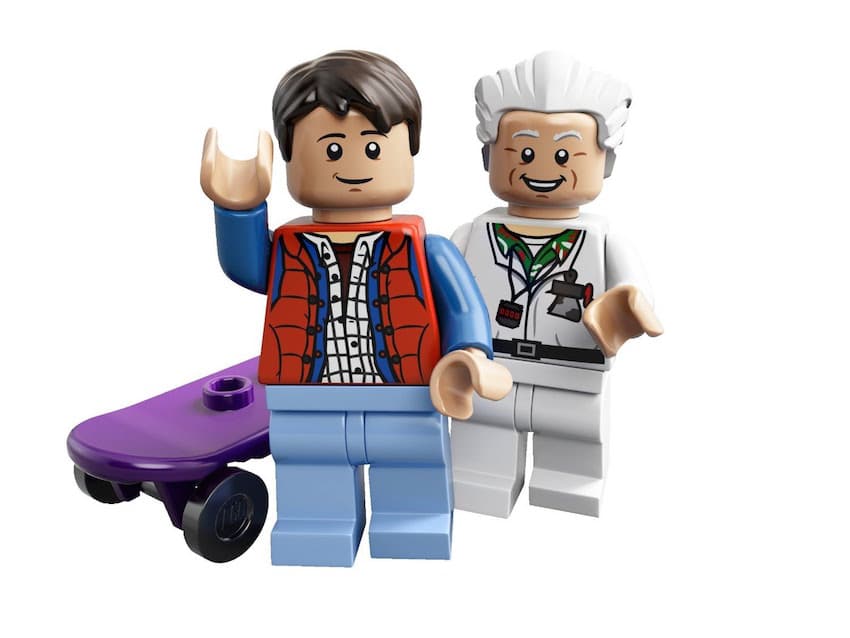 This week, however, is a special milestone for BTTF fans. On Wednesday, October 21, Marty and Doc arrive at the “future” of 2015, and all the while, we’re still (impatiently) waiting for hoverboards and self-lacing shoes. Our cars today still run on fossil fuels instead of the refined energy from waste thanks to “Mr. Fusion” and… we’ll see about the whole “Cubs” thing

In reality, there have been a lot of changes that the movies didn’t predict. Computers, especially the ability to go online, has connected people in ways that no ’80’s film could have predicted, and has changed how we interact and reach people.

When it comes to marketing, it’s always been about reaching out to people and connecting with them. This is the way it is today, it was this way 30 years ago, and it is foreseeable that this will be the same basic principle 30 years in the future. While this basic understanding looks to remain constant through the years, the specifics of the way companies market to the public has changed dramatically. Thanks to the rise of computers, the internet, and social media, the world has become a smaller place and the marketing landscape has evolved with it.

For marketing experts growing up in the Back to the Future-era 1980’s, E. Jerome McCarthy’s principles of marketing were the most likely guidelines at the forefront. McCarthy developed what he called the “Marketing Mix” in the 1960’s and is often referred to as the Four P’s: Product, Place, Price, and Promotion. These principles, while appropriate for the time, have become obsolete as technology has continued to advance and today, the Four E’s of Experience, Everyplace, Exchange, and Evangelism may be more appropriate. Does this sound like a lot to take in? As Marty himself would say: “This is heavy.”

While today’s 2015 may not be the neo-retro tech-driven 2015 envisioned by Back to the Future’s director Robert Zemeckis back in 1989, there certainly have been a multitude of changes. With the introduction of the internet and people’s ability to interact with one another via social media, the general consumer has now seized control of the market like never before. While the Four P’s thrived on long-lasting product differentials to play to their audience, the Four E’s must now address a world where the attention span of the general public lasts only a few fleeting seconds.

The shift has led web presence marketing experts to move their focus away from the product and more towards the overall customer experience. Where classic marketing of the 1980’s and 1990’s looked to force the consumer focus to the product itself and its features, today’s marketing seeks to better understand the customer’s experience, and more directly interact with the individual.

In a world where newer, better products are constantly being released at seemingly neck-breaking speeds, your company needs to market something beyond the product itself. Understanding your customer’s entire process in terms of who you are marketing to, how they shop, and where they shop will give you a far better understanding of the end-to-end customer experience.

The power of the consumer is perhaps best on display when it comes to the shift from place to every place. People’s lives are busier than ever, and the vast majority of people hate to have what precious time they do have interrupted by marketers trying to sell things to them. Instead, the focus has moved towards intercepting people and finding methods of engaging with them on their own terms, or at least in their own space. For web presence marketing, this could mean any number of things but is often seen in the way companies utilize social media to interact with the consumer no matter where they are or what they’re doing.

More than ever, ads have become a part of everyday life. No longer content to appearing on billboards, magazines, television or radio, advertising features in every facet of daily life, becoming far more subliminal. Ads can be found to the side or bottom of emails or social media sites. They can be found in popular media such as online gaming or sponsored breaks in “non-stop” streaming video. Chances are, there is an increased likelihood of experiencing advertising before going online and watching your favorite cat video. Doc Brown probably wasn’t able to predict that particular trend back in 1985.

While we still don’t try to sell advertisements through interactive holograms, and the level of transcending from physical to digital media was something that couldn’t have been easily predicted, we did get news drones and VR goggles, and a limited edition “Pepsi Perfect,” so at least a few things came to pass.

A drastic change that marketing experts are just now starting to grasp is the shift in focus from price to exchange. Millennials are far more concerned with the experiences and value of their purchases rather than the products themselves and marketers are beginning to look at their consumers in a similar sense. This shift has led marketing teams to calculate the value of the customer’s attention and engagement rather than simply the cost of obtaining it. Oscar Wilde may have stated it best when he said, “The cynic knows the price of everything and the value of nothing.”

“The cynic knows the price of everything and the value of nothing.”  – Oscar Wilde

But time is always changing, as are trends that we can have fun to try and predict, but even then, the future still holds mysteries for us all. As Doc Brown said at the end of Part 3: “…The future isn’t written. It can be changed. You know that. Anyone can make their future whatever they want it to be. I can’t let this one little photograph determine my entire destiny. I have to live my life according to what I believe is right in my heart.”